What is a FRP lock?

Factory Reset Protection (FRP) is a security method that was designed to make sure someone can’t just wipe and factory reset your phone if you’ve lost it or it was stolen. Starting with Android Lollipop, FRP is “standard” in vanilla Android, and most companies making our phones have implemented it in their own models 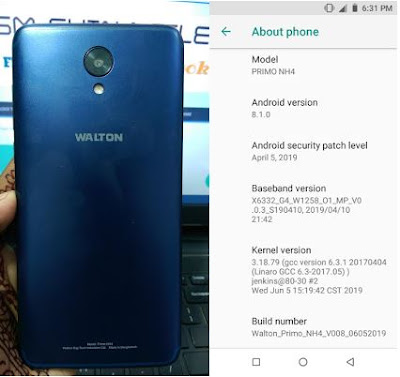 How do you download Walton Primo NH4 frp file and sp Flash Tool ?

You can download the frp file of any smartphone directly from bestflashfile.com websites. which provides almost frp file for every phone.Every files have a Google drive. Just click  the download link which  is given below. The file will be downloaded only when you touch it. Download Walton Primo NH4 frp file from with 100% download speed from google drive.the frp file with Flash Tool .

FRP bypass Walton Primo NH4 file is secure and safe or not?

Can I use it to bypass frp lock on my sumondevice?

If you see any of our frp bypass reset file are not working in your android mobile phone, then call us at the call center and tell us about your problem.

If in case you are looking for any frp bypass remove file, that is not listed on this page then you can request it through the comment box below.